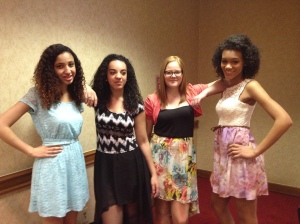 In 1909, Mrs. Carrie Westlake Whitney, the librarian, wrote of her account of her first visit to Westport (1881), “there was incessant hammering and banging from a dozen blacksmith’s sheds, where the heavy wagons were being repaired, and the horses and oxen shod. The streets were thronged with men, horses, and mules. While I was in town, a train of emigrant wagons from Illinois passed through to join the camp on the prairie. A multitude of healthy children’s faces were peeping out from under the covers of the wagons. Here and there a buxom damsel was seated on horseback, holding over her sunburnt face an umbrella or a parasol, once gaudy enough, but now miserably faded.”

My house the trading post, in Westport (Kansas City, Missouri), once catered to the families of sturdy, good people, whose life was that of the frontier. The rules and manners of the parties attended, were at the discretion of the host. A party at the old Westport saloon would have involved dancing and a “kissing” game. This would be followed by a “supper” that included pumpkin pie, peach pie, and buttermilk. Afterwards, the fun would continue with a run through the backwoods with candles.

With the room lite with candles that “shone brightly upon the fair maidens with glossy water-falls, delaine tissue dresses, hoop skirts and family jewels.” In 1850, dancing in Kansas City, was forbidden by the churches. The young folks were allowed to have large parties, accompanied by some older persons, but the kids refused to call them “chaperons.” For fun, packs of teens, would take a passage on one of the Missouri River Boats, and dance on deck to the fiddler music. A jolly captain, with a crew that supplied the teens with good southern cooking, made this excursion highly enjoyable.

The most desired and eligible young men were from Westport. The prettiest and wealthiest girls were from Kansas City or Independence. The finest parties were hosted by the sons and daughters of the first trading post merchants, saloon owners, and farmers. The Santa Fe trade made these families wealthy. Their parties were legendary and drew in all the prettiest girls.

Before bridge parties and book clubs were popular, quilting parties were the social occasion for the mothers and daughters.  Some girls would travel ten miles to arrive as early a nine o’clock in the morning, to quilt. The ladies arrived by carriage, pulled by one of the girl’s own personal riding horses.  The women sat on rush bottom chairs around a quilting frame while stitching in different areas. In the company of the other quilters, pioneer women, brought up with cortly manners and elegances, kept their words polite. 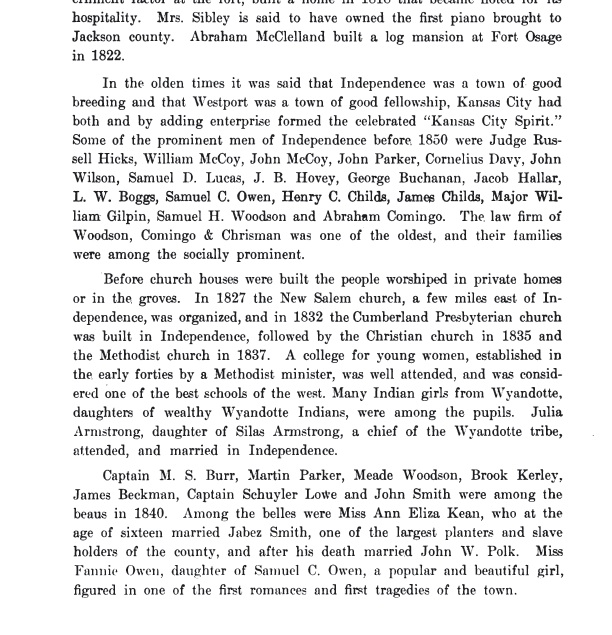 The Belles of Kansas City, Missouri in 2014, are beautiful, well-mannered ladies, with charisma and a flair for taking pictures. Among the popular activities in Kansas City for kids to do include, playing soccer, hanging out at the Plaza and Union Station, and joining a modeling class. Here are a few more photos: