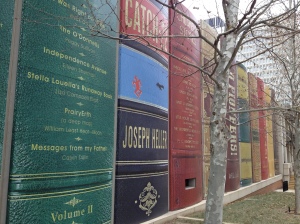 On my way to the Kansas City library.

There are a number of haunted houses in Kansas City. There is even a private tour company that will take you and a group of friends to each known site. (It is something I’ve been wanting to do for some time.) In my teen’s I was adventurous and investigated a few old abandoned homes in the rural country and graveyards after dark, but I have never seen proof of ghosts or supernatural. I have played Ouija board, and helped the triangle move to spell correct answers. Frightening for little girls at sleep overs. As young girls we have levitated a girl, by holding her with one finger. Games I hope are no longer popular. My sister and I can amaze and amuse our friends with Tarot cards. Some friends follow detailed systems of astrology. I have no proof of spirits, it is nothing more than a game.

They say, Fat Matt’s Vortex Bar on 6th street, in Kansas City’s Croatian Strawberry Hill historic district, is haunted with ghosts. The building was originally a funeral home and the crematorium is still visible in the basement. I once worked at a laboratory that was once a funeral home, it had an abandoned casket in the basement where we stored an old chemistry analyzer.

The Indian Cemetery, in Kansas City, Kansas is haunted. There is a haunted a high school; I’m not sure what happened there to make it haunted. However, there are many vacant, abandoned old school buildings in the Kansas City area. Some recent developers are renovating these old schools into doctor offices, and others have been turned into residential apartments. Among the list of haunted businesses are a church, Memorial Hall, fire station, and a theater.

Some folks have captured images on their cameras at haunted Kaw Point. The historic events that occurred there would include a Mormon massacre, Indian massacre, Civil War violence, and gun fights over stolen gold. The Kansas City area has many haunted locations due to the horrific history the spirits of those killed from raids, gambling quarrels, fight for gold, disputes on religion and race, are still letting us know they are still around. 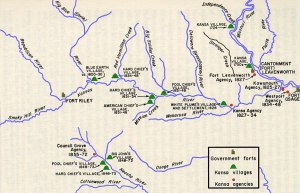 I once worked for a pathologist, assisting during autopsies. I was spooked by one-body; when the autopsy started the clock hanging on the wall above the table, stopped working. The hands on the big dial read 8:00. It was morning, when the body was brought in by an ambulance driver. He had experienced some strange occurence after picking up the dead body. On his was to the hospital, the driver had trouble keeping control of the vehicle. The dead women’s neck was broken as a result. Not her cause of death. It did make it difficult to keep her head from moving around during the autopsy, typically rigor mortis  stiffens the body and there is no movement. Six hours later, the procedure was completed. I finished cleaning the room down; I noticed that the clock was working again. Out of habit, I glanced at the clock again before I turned out the lights, and the clock had returned to the correct time, 4:20. The pathologist said, the clock must be broken, and bought a new one the next day.

The most haunted place associated with my house, the trading post during the Santa Fe trail days, is not accessible to people; it is the Sauer Castle. The Sauer Castle is located in Kansas City. It was the residence of a New York man who moved here in 1858. He began building the mansion in 1868 after marrying a young widow with two daughters. By 1872 the mansion was completely furnished with the finest. The building sits on the Shawnee Indian trail that was part of the old Santa Fe Trail. The same road the wagons passed by my house the trading post.

The owner Anton Sauer died in the second floor master bedroom in 1879. His wife Mary continued to live in the house with her daughters. Mary died in the home in 1919 after a short illness. One of her daughters continued to live in the house and married and raised a family. Her husband, John Perkins, killed himself with a handgun. He had been suffering from a serious illness and was 72 years old when he committed suicide.  During the Perkins marriage, their daughter drowned in the family swimming pool. Over five generations of Sauer family have lived in the house.

Ghost stories have been circulating since the 1930’s; rambunctious teens and trespassers are constantly trying to get into the house. In the 1930’s the owner had a dog that would fight off trespassers and vandals. In 1987, a great-grandson of Anthony Sauer took ownership and tried for years to resurrect the place with minor repairs like fixing the banisters and balconies. He installed a large fence around the property that keeps everyone out.

In the late 1990, the caretaker was arrested for stealing thirty thousand dollars worth of artifacts from the house. The family believes, false stories about the ghosts is the reason for the vandalism and constant attempts of trespassing.

Do we have ghosts?

I am asked that a lot.

The ghost, if there is one, it thrives on negativity or creating it. A poltergeist might explain why one or more folks feel as though they have been pushed or tripped. I have gotten use to the light bulbs popping when ever someone raises their voice in anger, rather than just burn out. I am not surprised to see a new water heater explode gallons of water, like Niagara Falls in the den.

I get a little spoked when flames shoot out of the electrical box and we only lose power on one side of the house. I get a little jumpy when the door bell starts ringing and no one is there. That has been happening a lot, since I started writing this blog. I assume it is the cold causing some wires to constrict or conduct within the doorbell button. However, the timing occurs as I write my history blog. Is this a coincidence? It makes me wonder if we do have a ghost. 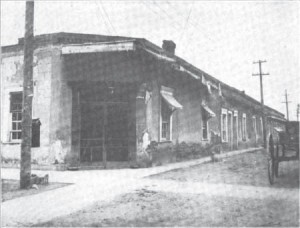 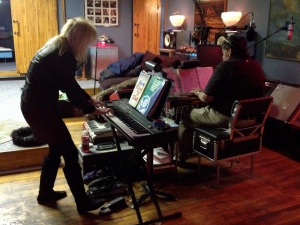 Last Spring, Bob was sick in the hospital. All the power to his guitars and amps were turned off. Or I thought they were turned off. I was awakened by the freakish sound of Bob’s electric guitar playing by itself. I was so scared, I called the hospital and made the nurse go into Bob’s room to check on him. He was well, the nurse said. However, I couldn’t figure out how to shut the guitar up. After recovering from the fear that prevented me from going near the guitar. I slowing inched my way up to the speaker, or amp, (I am not a musician and have been given strict instructions to never touch Bob’s instruments-not even to dust). So I had no clue which switch to turn the humming guitar off. A switch was on, it did cut the power to the guitar. But to this day I do not know how or why that happened.

The vibe at my house attracts musicians and artist. They come seeking Lawyer Simons, they leave friends. Our friend, Tiffany, retained Bob as her attorney. She is a very pretty lady. She has movie star flair. Her blonde hair shined brightly in the room light.

She told us how her job at the jewelry store was going. Christmas is a good time of the year for jewelry sales. She also plays piano at Piropos Piano Bar. She talked about her career playing piano in Vegas and jamming with Max Groove.

We showed her our house. I was embarrassed that our poltergeist kept pushing her. She stumbled into each room. The ghost catching her foot on a rug, or stair, or elevation. She was sober. I know she wasn’t impaired. We may have a girl ghost, who gets jealous. Those things use to happen to me when I first moved in.

She couldn’t resist going over to the keyboard. She played us a few random tunes. They were very good. Bob and Tiffany played a duet.

I would like you to vote if you beleive in ghost or not…….

I do beleive in angels. Spiritual entities who exists to perform the will of our Lord. I don’t have a picture of an angel for proof. But I have seen an Angel with my own eyes. Some religions tell us that these angels testify on our behalf before the Heavenly Courts. Something to reflect upon.